Written by Pauline from SalesWings
Updated over a week ago

The rules center page allows to control the creation and modification of folders, rule sets and their rules. 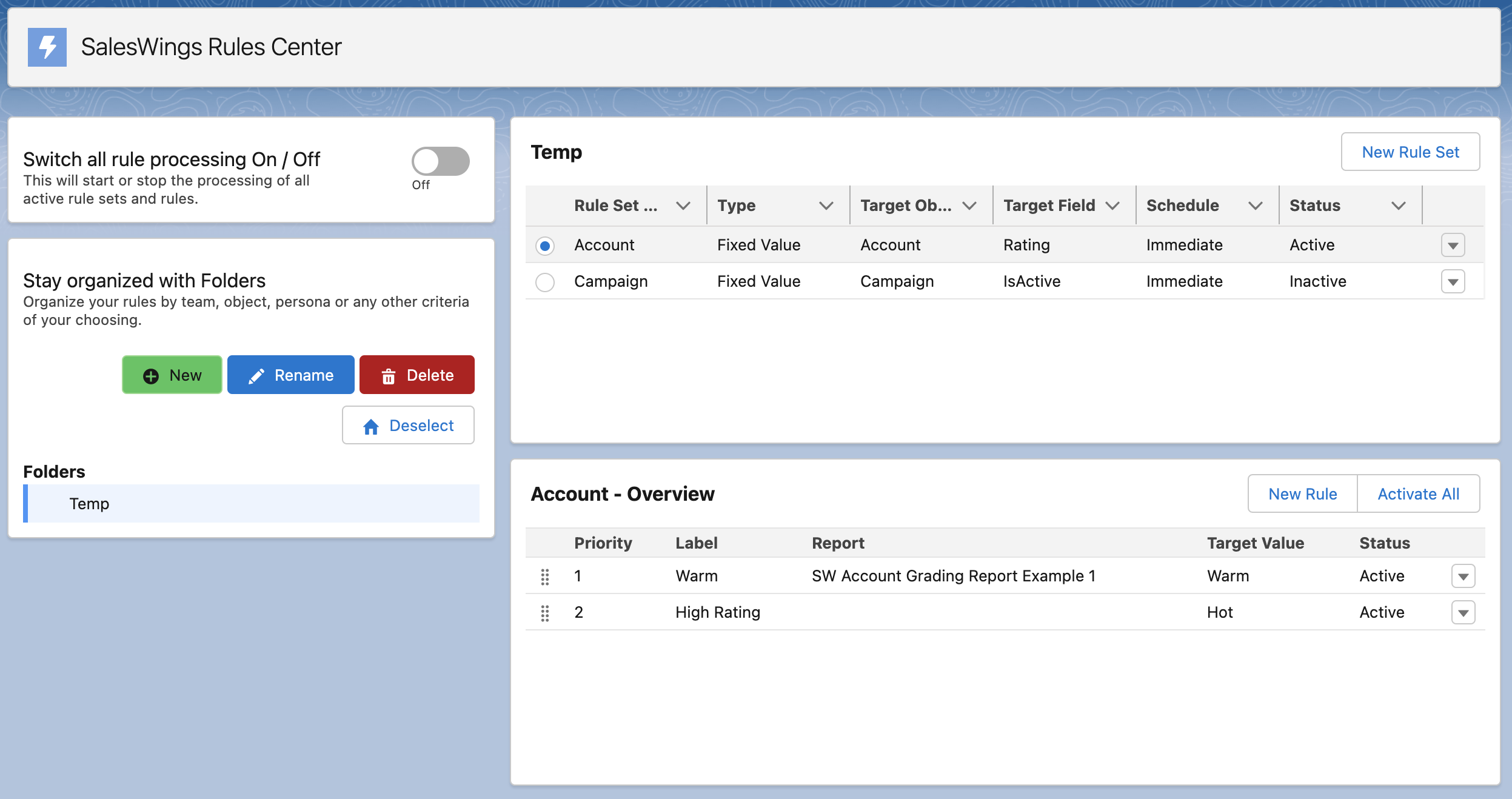 When creating a new rule set or rule the default status for those is determined by the default value specified in the custom setting for the application.

Note: Any changes made either to a rule set or one of its rule will always be reflected in the next scheduled engine execution. 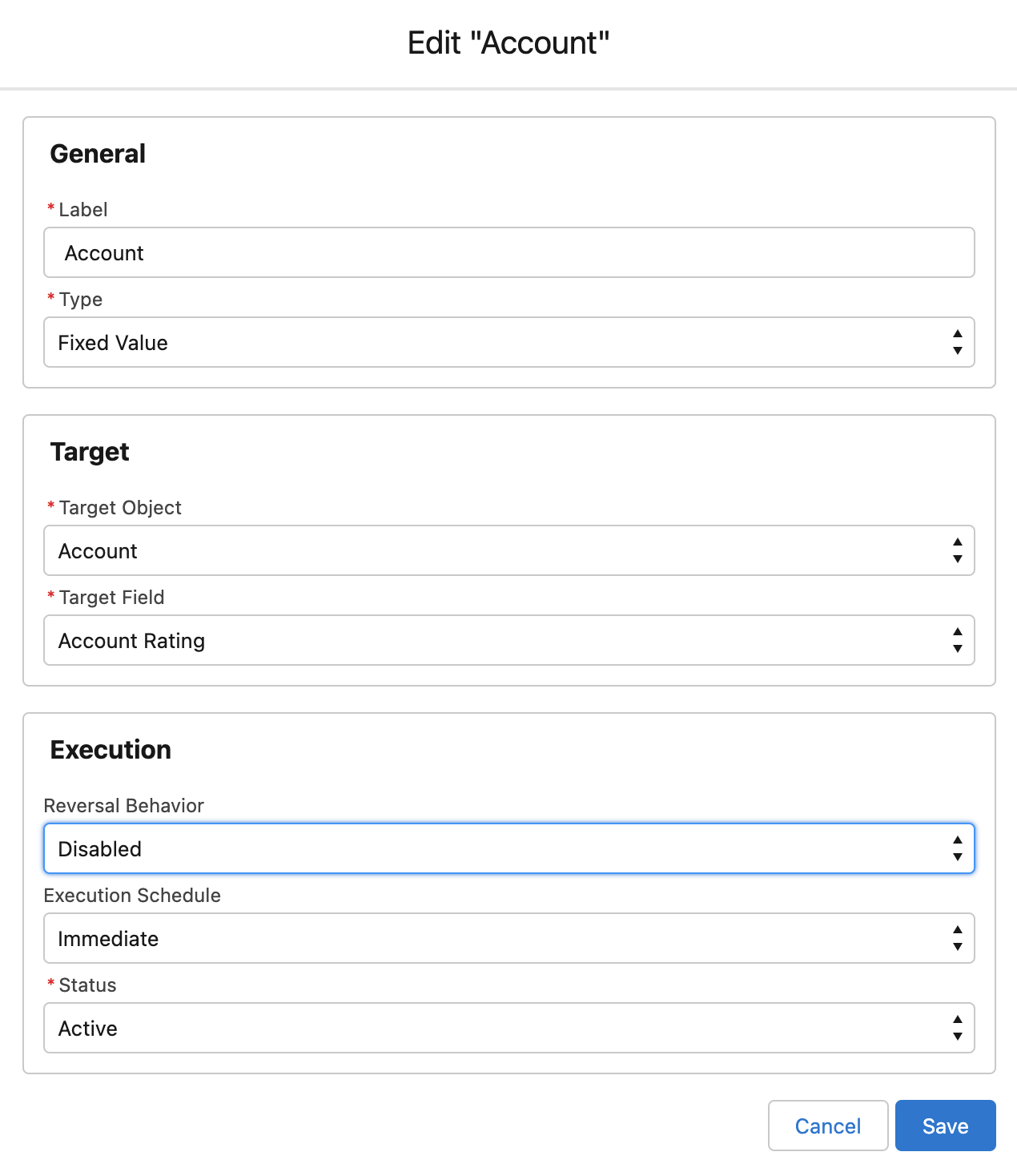 The rule set creation form requires filling out the target object and field. Depending on the rule type - either Fixed Value or Points Based - the target field selection will be calculated accordingly.

The same applies to any rule under the rule set. However the scope of the reversal will be limited to just the record that particular rule was responsible of changing.

Finally, there’s one more instance where reversal behavior takes place and it's when a previously matched and changed record falls out of the scope of the rule that changed it (eg. the report or the custom SOQL contains relative time filters that match the record today and tomorrow they won’t). In this case, since the record isn’t matching the rule anymore the rule will restore the original value to that record.

With the Execution Schedule, you can control when the evaluation of the rule should take place (every time the Toolbox runs or at longer time intervals).

The rule creation requires to specify the report or, alternatively when Advanced Mode is enabled, the custom SOQL that selects the records to operate on. 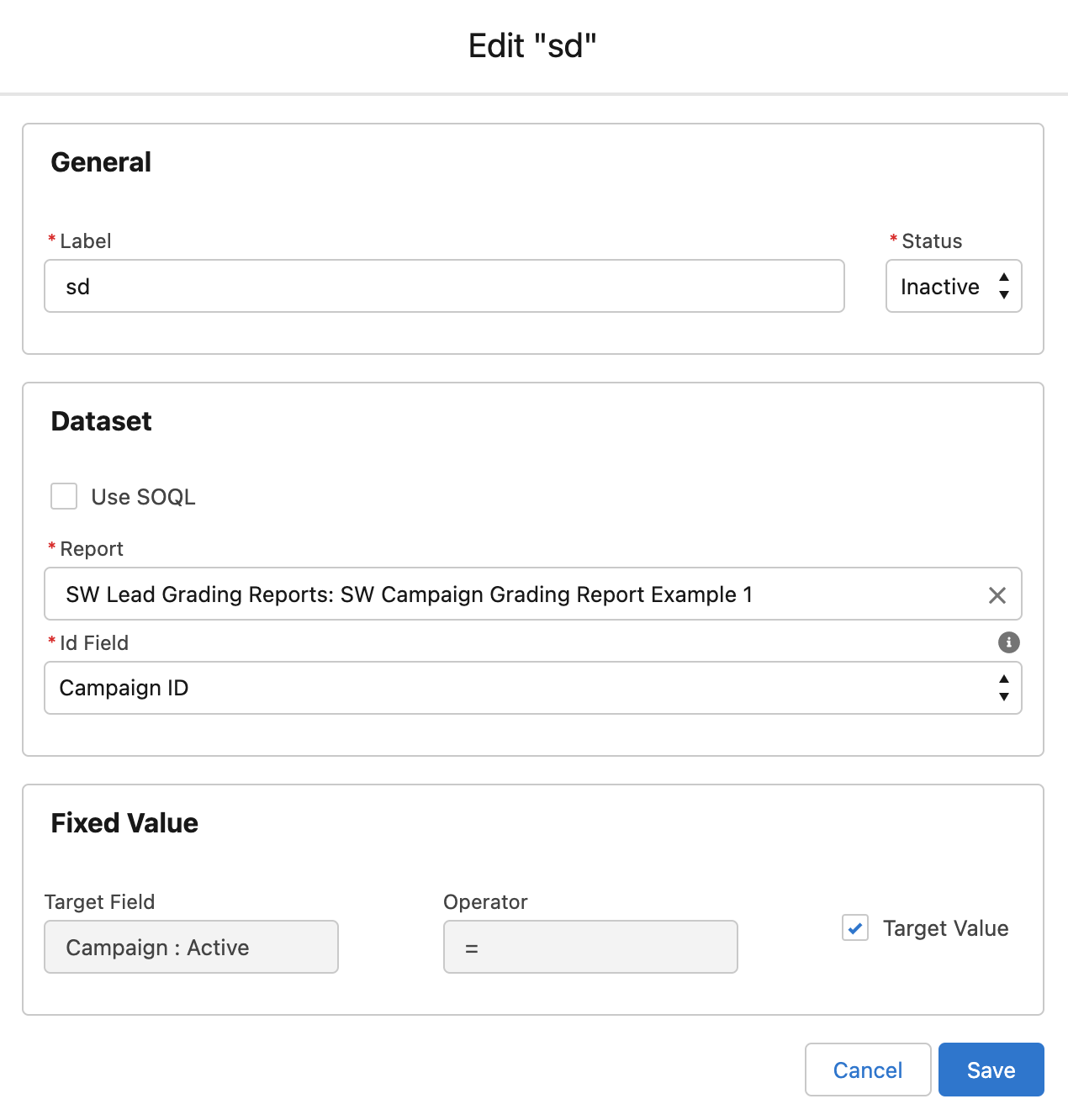 The priority determines in which order the various rules will be applied. This is not as important for Points Based rule sets as it is for Fixed Value rule sets. In the former case all rules concur to calculate the final score and the rule priority as a matter of fact results inconsequential. However, in the latter case, it protects a given record from being updated multiple times by peer rules that might include it in their selection (which is never ideal). This means that when a rule matches a record and updates its value any other peer rules won’t be allowed to do that.

Any questions? Don't hesitate to schedule a Training Call with us!

Schedule a SalesWings Toolbox Training
Did this answer your question?